“Reality” is a rotting fruit, and the tiny creatures that crawl across its surface doomed. The dreadful ancient things that lurk beneath its skin have but one demand in return for a living being’s continued existence: obedience. Across all worlds, all space and time, all must bow.

As the decay of the universe accelerates, more and more cultures under the ancients’ dominion have realized what is coming. Some have panicked, and in their fear of this great entropy, they have forgotten their tributes to the eldritch powers that still watch from secluded places. This will end - they will be reminded. You will remind them.

Inspired by classic written works of sci-fi horror, as well as space horror films of the '70s, '80s, and '90s, ALL MUST BOW is a TTRPG setting designed not from the perspective of the triumphant investigator or hapless stumbler turned hero, but from the view of the villain. As champions and scions of ageless god-monsters that exist behind the curtain of space and time, the player-characters suborn, consume, pollute, and bring ruin to worlds across the unfortunate universe. Bloated with unclean power, yet faced with the dissolution of all existence, will you continue to serve as everything falls apart? Or will you perish in a futile attempt to defy your masters?

We present a game for players and storytellers who want to explode the old familiar sci-fi tropes and explore villainy on a cosmic scale at the same time. Designed with rules-light systems in mind but adaptable to crunchier rulesets, AMB attempts to blur the line between player and Storyteller by creating a group-built universe with narrative-focused play.

ALL MUST BOW is a 70 page system-agnostic ttrpg setting meant to be used as an overlay for your favorite ruleset. In addition to the story-forward character creation and play guides, each chapter is embellished with rich prose and evocative illustrations detailing foul ascendancies, forbidden histories, and foreboding artifacts aimed at reinforcing the feel of the setting as well as providing inspiration to both Storytellers and players alike. We like to think it evokes the feel of those dark, early '90s monster-focused games without all of the crunch and metaplot.

In order to download this game you must purchase it at or above the minimum price of $10 USD. You will get access to the following files:

Support this game at or above a special price point to receive something exclusive.

Thanks to the generosity of our Kickstarter backers, we're starting out with a total of 36 free community copies of ALL MUST BOW! Community copies are for supporters from marginalized communities and/or those experiencing financial hardship. If you self-identify in either or both of those categories, feel free to grab one. 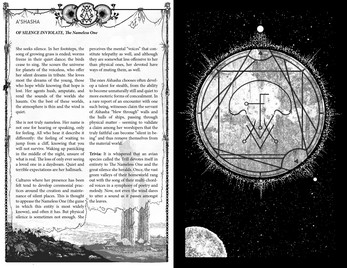 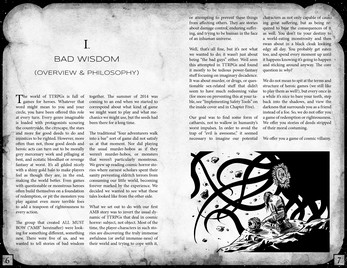 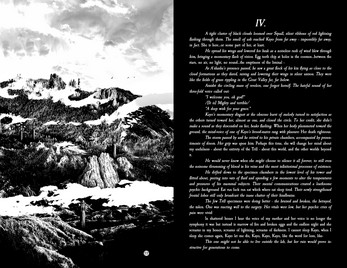 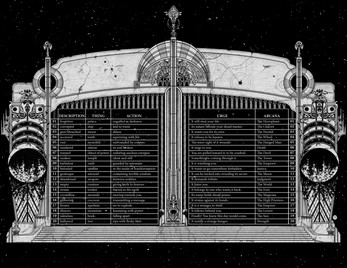